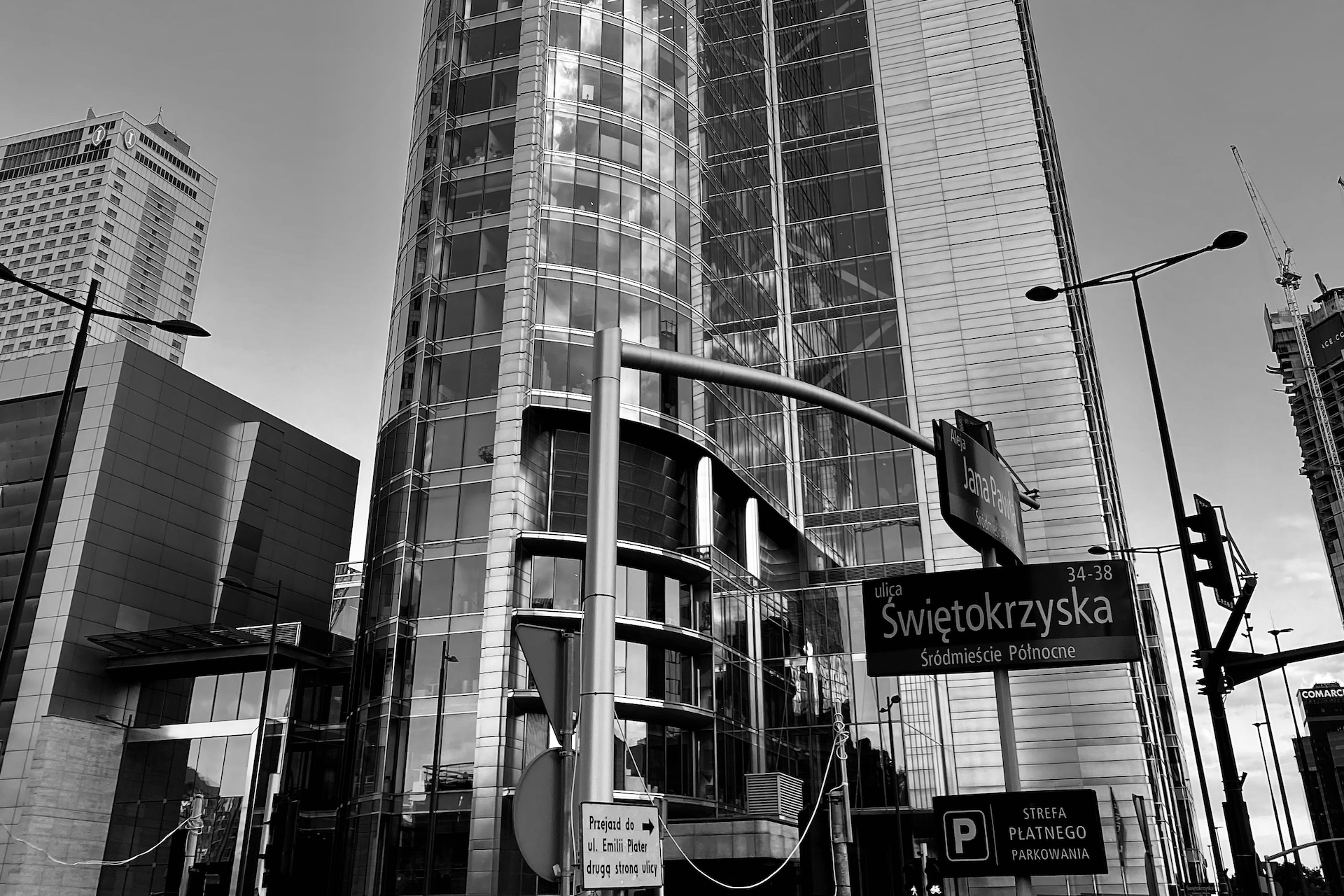 How to combat about 80% of VAT frauds within a week (location: Poland)

Simple solutions are often the best – also when it comes to taxes and combating irregularities in this field. Unfortunately, not everyone understands this – and if they do, they don’t always want to put the solution into practice. Sad but true. The reasons for such passivity can be different and I will not explain them in detail today, but I will present an extremely interesting project, which at the time had the theoretical possibility to finish most of the organized VAT groups in Poland. Well, it had…

In the electronics trade, most of the companies belonging to the VAT mafia traded only on the basis of extremely short payment terms, which were between 1 – 3 days.

It would be optimal to make 2 turns of capital in 1 week, but in practice more often 1 turn was achieved. In addition, quick turnover = less danger. It is obvious that the risk of putting money for 28 days into a missing trader is incomparably higher than for 1 day. In practice, with a 1-day term, you can risk EUR 200,000 with a monthly turnover of EUR 1.6 million (assuming that we make 8 transactions during this period). And with a 28-day term, you already have to risk EUR 1.6 million, so the difference is very significant. Let us now assume that we have 100 million Euros, thanks to which we are able to draw about 11% of the profit on one VAT fraudulent transaction (this is the percentage of pure profit that companies in the fraudulent supply chain could achieve).  So, acting on ultra-short payment terms of 1 – 3 days, for example, we make 5 turns per month = we have 5 x 11% of the invested capital. And if we operated on standard payment terms of 14 – 28 days, we would achieve a monthly profit of 1 or 2 x 11% on invested capital. Simple and you see the difference? I think yes.

VAT refunds? Forget about it!

At this point, it is also necessary to clarify an issue that is crucial for understanding the essence of the phenomenon.

Well, contrary to what was often read and heard in the media, high-class VAT fraudsters did not apply and do not apply for tax refunds on the basis of false invoices, maybe with a few exceptions!

They have been trading (and already trading) the goods, selling them cheaper than their fair competitors, and the profit is the unpaid VAT, less the costs of such activity. The goods without deducted VAT was passed through large listed companies, large supermarkets, and even companies controlled by the state treasury (usually without the knowledge of the top management). These entities compensated for the VAT that they should pay from their real activities with the VAT deducted from the invoices based on VAT carousels. No one applied for a tax refund because care was taken not to exceed the deductible VAT limit, as in such a case the tax office generally does not initiate a tax inspection.

Since the introduction is over, it is now time to get to the heart of the matter, i.e. to describe the assumptions of the entire VAT-Players Operation, divided into individual stages. Many readers will probably be surprised by the simplicity of this solution (which I mentioned at the beginning), which is a great advantage, because there would be no need to engage huge resources or implement complex IT solutions.

On the same day, those companies throughout Poland that have a turnover in their tax declaration for the previous month exceeding PLN 5 million (EUR 1.2 million) are visited by tax office officers – only for control activities. The officers ask for a register of domestic purchase invoices with VAT from the previous month with a value above 100 000 PLN (24 000 Euro) – in principle, an electronic register with a payment deadline would be sufficient.

Officers are only interested in invoices with payment terms below 15 days. Such invoices for large amounts with payment terms of a few days even companies with billions of dollars turnover had relatively few, so selecting them would not be a major problem. Tax identification numbers from such invoices are immediately sent to the tax authorities head office, and tax auditors are sent to the “targets” targeted in this way, based on the same procedure. The operation is repeated in relation to subsequent entities and so on. According to the calculations, these actions should be completed within 7 days on a nationwide scale (of course, adequate human resources would have to be provided before the action starts, and not improvised during the action).

The operation plan assumed that the effective scale of reaching the missing trader would already appear in 3-5 companies, which is based on the experience of tax authorities from tax cross-checks. With such a simple action, it would be possible during the week in question. Once the missing trader is reached, his bank accounts will be blocked, as will the accounts of the company buying directly from such an entity. Of course, you can wait until the missing trader’s accounts are credited with new funds – there is more to be confiscated. The released forces of the tax officials can now help you to control the so-called “long way” and complete the whole process as quickly as possible. Such a missing trader is very easy to select, as he usually transfers funds abroad (unlike the rest of the supply chain) and is simply physically “missing”. – you can’t contact him because he doesn’t do real business.

After the results of such an operation and the elimination of missing traders, a quick legislative path or simply a monthly check should be introduced for companies “involved” in the criminal supply chain, i.e. buyers first from missing traders. The recipe here was simple: all companies “involved” in the chain at a later stage of economic turnover must report every month to a specific e-mail domestic purchase transactions over PLN 100,000 (24 000 Euros) with a payment term of less than 28 days – something like a simplified control file. Failure to do so would be subject to very serious criminal sanctions.

Assumed results of the VAT-Players Operation

The basis for success in this case would be the principle of hitting 90% of the problem of organised VAT crime with the least possible effort. It should also be added that the short payment period here would not serve as proof, but would be a practical indicator for the inspectors. In any case, in the electronics trade, such a solution should have an effectiveness of indicating the missing trader close to 100% (mentioned before the introduction of reverse charge in this industry). It is difficult to consider it a coincidence that in certain years, billion dollars of iPhone sales were made on 1-3 days of payment terms and someone always lost VAT at an earlier stage and, according to tax cross-checks, invoices with 28 days of payment terms at earlier stages of the trade did not include the missing trader.

According to the assumptions, about 80% of the grey market would have suffered such severe losses in connection with the VAT-Players operation that it would have been difficult for it to rebuild its potential. Of course, VAT fraudsters would try to adapt to subsequent checks carried out on the basis of this scheme, but they would have little room for manoeuvre. Preventive reporting, in turn, would also have a deterrent effect and the vast majority of criminal groups would be eliminated. Thus, the State Treasury would have many additional billions of PLN per year at its disposal already in 2016.

VAT: the reality of the functioning of the tax authorities in Poland

According to the Ministry of Finance, we still have several tens of billions of PLN in losses annually as a result of VAT fraud – despite the introduction of JPK_VAT, Split Payment, etc. solutions! In addition, the public is told that the frauds consist in claims for fraudulent VAT refunds on the basis of fictitious invoices (it is enough to look at the carousel models presented in Google). Such things happen, yes, but quantitatively it’s a small part of the depletion, because it’s been known for some 5 years now that practically everyone who claims a VAT refund has control.

So, it seems that the tax system still tolerates the vast majority of scams, or it really can’t cope with it – maybe because the officials have been sent astray…? An additional effect of such actions is the destruction of honest companies that do not receive VAT refunds – despite the fact that at no stage of economic turnover in Poland has anyone lost their tax! For many, it is simply deadly, and the loss to the economy is difficult to estimate. The aforementioned Split Payment, introduced last year, does not include transactions in Euro. And by coincidence (?) several dozen billion PLN of turnover in VAT carousels on mobile phones were also on Euro invoices (I mean the Euro was the currency on the invoice). Thus, small and medium-sized entrepreneurs significantly lose their liquidity, and this does not affect the billions in tax frauds. Well, I guess that’s not how it should look like…

VAT frauds – how much money you need if you want to start a large carousel?

It is still worth considering how much money is needed to defraud several tens of billions of VAT annually. Even if you turn over the same money twice a week, you reach a minimum of PLN 2 billion. So we can safely say that the VAT frauds were not carried out by amateurs. Apart from that, these funds went 100% through the banking system and in fact, much more irregularities could have been detected, if only some simple filters on operations had been applied (I will write about it another time). Are the employees of the Ministry of Finance really unable to deal with the problem that has been occurring since the middle of 2011, when there was a drastic leap of scamming using a completely new method? Ok, the years 2012 and 2013 can be understood, because it is known that the implementation of effective solutions must take time (especially in Polish reality). In turn, in the years 2014 and 2015 the first incompetent attempts were made to fight the VAT mafia. However, in 2016, it was already possible (and necessary!) to erase the scams to a large extent, because their mechanisms were already known and well developed! Why wasn’t this done…?

Many of the readers will probably ask: if this VAT-Players Operation was actually so great and could have eliminated a large part of the VAT mafia in Poland, why was it not implemented? The reasons are very complex. The plan itself has been perfectly evaluated by the highest officials of the services and experts in the subject of VAT and tried to implement it. However, at some point circumstances came to light which caused a whole series of events as if from a sensational film – and there is no exaggeration in it. I realize that I leave many readers with a certain lack of information, but calmly, everything in its time… I very much hope that I will be able to present you all this in detail in my book on VAT fraud, because this story certainly deserves it.

The author is an entrepreneur and specialist in economic crime. If you have any questions or suggestions, just write to: kontakt@bialekolnierzyki.com

BTW – sorry for my weak English. I’m working to improve it. 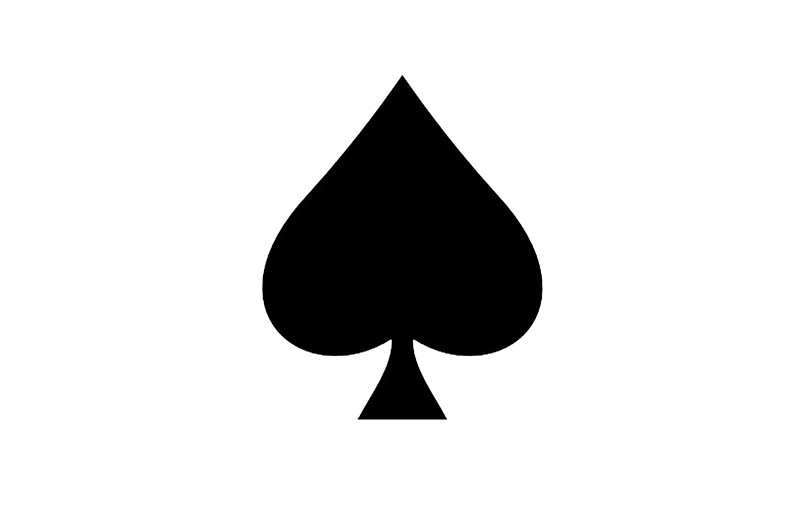